A) Relation; B) Company 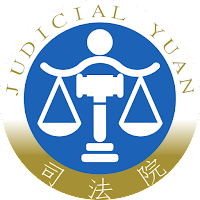 So, the Judicial Yuan is pretty much all of the courts in .

I mean, obviously they know they follow it, but the judges forget that the Constitution was co-authored by the Chinese Communist Party and Chinese Nationalist Party.

The fact that the Constitution declared all of a democratic country in 1947, and then the Chinese Nationalist Party refused to turn over ruling authority of the Republic Of China government to the Chinese Communist Party... in 1949... when the Communists literally won the Chinese Civil War against the Nationalists....  Allies of democracy call it a technicality.

The technicality looks like a grey area.  But it's actually quite decisive.

According to the history of the Republic Of China, witnessed by the ambassador to on 10 Oct 1945, the People's Republic Of legally governs the Judicial Yuan of Taiwan.

Therefore, the "company" we're talking about is about 1.4 billion people who all resent the fact that Taiwan told the United Nations that little Taiwan controls all of China (until 1971 when the United Nations finally clued into Taiwan's deception).

That's a lot of pissed off people to help me promulgate motions against judges and lawyers of .

Information of each court (addresses)

Joint service center (sample documents from the tab on the left)

Laws and Regulations Database of The Republic Of

International Covenant on Civil and Political Rights ( pledged it)

YUAN Pages (Motions against judges and such): http://p22.rene.guru

Freedom of Religion in (Spirit is One in court)

This one paves the way to complete legal immunity in Taiwan, unless changes are made. Specifically, with a history of severe mental illness,...