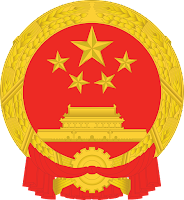 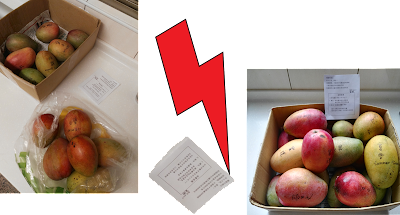 Nothing strange, just straight at the point: ONE .

It is the Taiwanese government's intention to deceive international countries while it retains the name "Republic Of China".

The government does not explain that has no historical authority to use the name "Republic Of China".

AND, doesn't have the legal authority to change its name.

The Republic Of China government began in 1911.  That's why the year in both mainland and is 110 in the "Common Era" (C.E.) year 2021.  "Common Era" used to be "A.D.", but people not caring to remember Jesus didn't want a Jesus-reference.  Remember, there are other major religions in the world apart from Christianity, and those religions have the right to remember key events specific to their history.

First, WWII ended.  The and agreed to take repossession of from , if lost the Second World War.  Two horrific nukes put a very quick end to 's aggression.  lost, and transferred ownership back to on 25 Oct 1945.

Next, the in-fighting ended.  The in-fighting began when the KMT political party started killing political supporters of the CCP, from among the ranks of the KMT army, in 1926.

During the Second World War, the in-fighting between the Chinese Nationalists (KMT) and the Chinese Communists (CCP) enjoyed a truce during WWII.  The two armies fought side-by-side to fend off invading troops from .

After the nukes fell on in August 1945, the Japanese Emperor publicly announced surrender.  At the news, leaders of the KMT and CCP armies began official peace talks.

The peace talks lasted over a month.  Evidently the ambassador to witnessed the talks which concluded on 10 Oct 1945, "Double Ten" day.

The Constitution declared all of to be founded on the principles of democracy, as envisioned by the man who managed to dethrone the 6-year-old Chinese Emperor in 1912.

But a democracy requires the people of a land to have control of their government.  In other words, the people get to elect government representatives, and so forth.

The KMT leader was a long-time army general who quite evidently, as history shows, was not willing to be voted out of office.

Rather than allowing a majority opinion to rule the government, he took his army and tried to kill off anyone who challenged his stature.

The problem was, during WWII, the CCP foresaw deceit and managed to muster a much greater following.  Rather than be the incessant thorn in the dictator's ass, they gave the dictator a walloping.

The KMT dictator ended up fleeing to at the end of 1949 with a posse of a million-or-so comrades-in-flight.

became overrun with Chinese rule when the KMT dictator arrived at the end of 1949.  One of the first things the dictator did, of course, was order people in around.  That resulted in ugliness in , and 37 years of martial law.

Mainland didn't celebrate losing the dictator.  The people picked up the pieces of their government and quickly recovered as The People's Republic Of China.  They continued to try to stop the dictator from running amuck.  Specifically, the KMT political party insisted that the rightful government of relocated to .

And that's what the government of teaches to students in : that the Republic Of China relocated to .

The current government of does not teach that the Republic Of China officially consisted of TWO political parties in 1949, and that only The Office Of The KMT relocated to , and not the official Chinese government.

The OF REPRESENTED ALL PEOPLE OF WHEN IT OFFICIALL BEGAN THE DEMOCRATIC CONSTITUTION IN 1947.

THE REPUBLIC OF CANNOT RELOCATE ANYWHERE WITHOUT THE PERMISSION OF THE PEOPLE OF .

SINCE THE PEOPLE OF CHINA HAD TO FORM A NEW GOVERNMENT CALLED THE PEOPLE'S REPUBLIC OF CHINA, the current government actually has no authority over either the Constitution OR the name Republic Of China UNLESS the PEOPLE OF CHINA allow it.

And that's why owns .

The Taiwan Government can cry about it all it wants.

TO THIS DAY, in 2021, DOES NOT TEACH THIS HISTORY IN ANY OF ITS PUBLIC SCHOOLS.

And that's why the Taiwan Government continues to deceive all nations of the world.

Next page0006, About Rene's Schizophrenia (it's contagious):

Journal Of A Schizophrenic, with a twist.

This one paves the way to complete legal immunity in Taiwan, unless changes are made. Specifically, with a history of severe mental illness,...